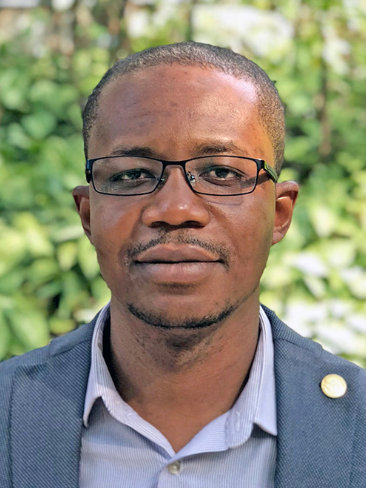 Recent scholarly and public debates about China’s interest in Africa has centred mainly on the political and economic dimension of the relationship at the macro level. In particular, attention has been paid to China’s economic and political interest in various Africa countries. China’s interest and approach have sometimes been described in distasteful terms with a gloomy outlook for African nations involved.  These positions to the discourse have no doubt cast a shadow on public opinion and created political tensions in some African countries. This is especially the case in natural resource-rich countries such as Nigeria, Ethiopia, Angola, Kenya and Zambia to mention a few. However, this perspective is problematic and overly simplifies a phenomenon that has rapidly descended into a micro-level issue and a more complicated one as such, instead of a macro relationship in a significant shift from its formative years. For instance, estimates show that there are over 10,000 Chinese businesses in sub-Saharan Africa with 90% of them being privately owned as of 2019 according to the Financial Times. This points to a remarkable interaction between Chinese and ordinary persons and households in Africa. Indeed, it is increasingly common to find Chinese as active players in socioeconomic spaces that were typically the domain of indigenes as research in Ghana by Kwaku Dankwah & Padmore Amoah in Ghana discovered. Despite the inevitable contestations and occasional display of despise between the locals and the Chinese in the struggle for dominance in the socioeconomic spaces, research in Ghana points to numerous positive consequences for several sections of the populations, particularly those in the extractive resource industry, wholesale and even petty traders as well as landlords as found by Kwaku Dankwah & Marko Valenta in the capital city, Accra. In the foreseeable future, these people-to-people engagements are likely to intensify considering policies such as the Belt and Road Initiative by the Central Government of China, which has recently gathered pace even in the region.

To complicate matters, the relationship between China and Africa has not been a unidirectional affair. The numerous bilateral agreements between China and various African countries have opened the doors for Africans to settle and earn a livelihood in various cities in China. Mention is often made of the city of Guangzhou where Africans have habitually settled and traded while in China. Some estimates in the last decade put the number of Africans in Guangzhou alone to about 100, 000 although this figure has reduced drastically recently with reasons such as rising living and trading costs cited according to Prof Gordon Mathews of the Chinese University of Hong Kong. Nonetheless, over 500,000 Africans travel to China annually to trade in all sorts of goods and services based on estimates by the New Internationalist. Moreover, the number of African students studying in China has been rising in the past decade with the growth rate comparatively higher than students from usual origins such as Asia, Europe and the Americas. Thus, Africans in China are mostly traders, migrants and students—i.e. people with diverse motivation and interests. While recent research recognises their heterogeneity, it is apparent that more efforts are required to explicate the nature of their mission, integration in Chinese societies and the living gained by those that have settled—even if temporarily—in various cities. Pioneering researchers such as Prof Adams Bodomo of University of Vienna contends that Africans in China, just as their counterparts in Africa are not vulnerable and marginalised individuals but people with agency and resilience. However, public opinion and media landscape on Africans in China demonstrate serious gaps in social integration even amidst rising inter-racial marriages.  This is substantiated by the position of scholars such a Roberto Castillo of Lingnan University who argues that the Chinese government maintains a minimal policy focus on Africans in China considering their ‘insignificant’ number in relation to the broader population. Challenges such as language barriers, immigration issues, and various forms of discrimination are therefore typical of the lives of Africans—especially the traders and other ‘migrants’—in many Chinese cities.

On immigration issues, the challenge is presently exhibited in the somewhat incoherent path to permanent residency and incessant random passport checks and police harassment, which leave Africans in China uncertain of their future and in constant fear of being arrested or deported. Even those who are married and with offspring, according to scholars such as Heidi Haugen, hardly feel secured as their residency is not assured based on current immigration policies. These practices may have contributed to the incessant overstay of visas as reported by numerous media outlets. The immigration issues are the tipping point of the struggles of many Africans in China, particularly the non-student body. Reports portray a gloomy picture as regards their access to essential services such as medical care and a complicated educational opportunity for mixed-raced children.

Socially, there appears to be a clear sense of misfit of Africans in Chinse societies in terms of social interactions. Commentators such as Carlotta Dotto argues that the limited opportunities for social interactions and integrations of Africans in Chinese societies are imputable to the unfamiliarity of the locals with foreigners and foreign cultures. Some Chinese are said to be afraid of foreigners and are reluctant to talk to them. Perhaps these could be attributed to the unfavourable media portrayal of Africans as helpless victims in desperate conditions and with an inclination for criminal activities as argued by commentator Leroy Adams, and contrary to the position of Prof Adams Bodomo. However, the vice versa is also true as cultural differences and inadequate information about Chinese social practices leave Africans perpetually guessing about their interactional positionalities.  One could also question whether these undesirable circumstances are unique to Africans in China? Indeed, that is not the case as there are several instances of discrimination against Africans in Western societies, and even against non-native Africans in other African countries (speaking of xenophobia).

Notwithstanding, it is clear that the marriage between China and Africa is bound to get even more complicated in the coming years. Therefore, the present conditions are a reminder to intensify research to understand the underlying micro-level interests and dynamics in the complicated relationship and to identify avenues for integration of Africans in Chinese societies and vice versa. Current conundrums such as language and immigration issues must instead be seen as opportunities to enhance the economic and social integration that both parties seek. When such conditions are addressed, consequential matters such as inadequate and insufficient access to essential services including education, health, and recreational services, which are a primary source of inequalities and a recipe for ill-being of migrants across the globe, shall be reduced. After all, the exchanges between China and African nations possess a significant perk for both societies in areas of education development, cultural diversity and exchanges and an important opportunity for businesses to expand their horizon and market shares. Thus, the opportunities offered by Africans in China and Chinese in Africa cannot be underestimated. Hence, measures to curb bottlenecks to social integration must be implemented head-on and responsively in both settings.

1 comment on “Africans in China and Chinese in Africa: Trends and the Social Integration Conundrum”