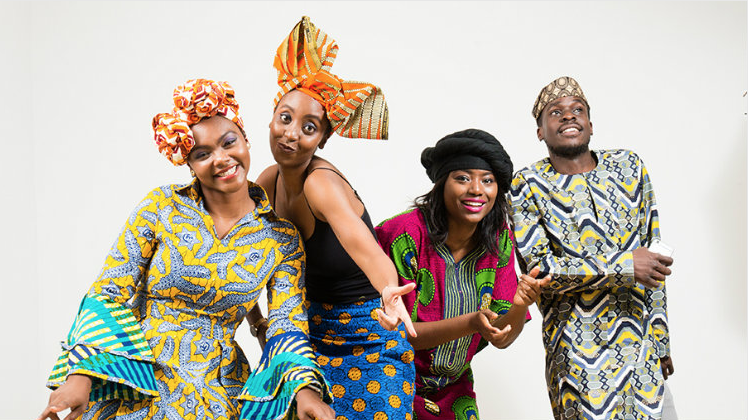 Recent years have seen China strengthening ties with African nations on the government-to-government level through various groupings – BRICS, the Belt & Road initiative, and the upcoming Forum of China-Africa Cooperation in September, to name a few. But at the people-to-people level of exchange, the continent is still widely misunderstood and often stereotyped.

Recently, however, a group of young Africans in Beijing birthed an initiative that they hope will expand the conversation about Africans and African agency in China. They are Nimo Wanjau, Miatta Momoh, Mikka Kabugo and Zahra Baitie, the founder of social enterprise Kente & Silk and lead organiser for Beijing’s first-ever Africa Week, held back in May.
The idea came from Baitie, but grew when she shared her vision with Wanjau and Momoh; the ladies immediately offered to help, proffering their skills – for free, too – for a chance to help change the still pervasive stereotypes of the African continent in China, as shown in a string of recent public incidents.
With Kabugo soon on board too, the young team worked to create not just a day of celebration, but an entire week to showcase African culture, innovation and enterprise in China, culminating on May 26 – a day after Africa Day, when Africans across the world commemorate the 1963 foundation of the Organisation of African Unity, now known as the African Union.
The week featured a packed and varied programme of daily events including parties, dance classes, art workshops, dining events, open mics and storytelling, while a series of forums focused on African agency in China, and also the role of women in shaping the future.
The finale was the city’s first-ever African-focused start-up pitch competition, held at Tsinghua University’s Schwarzman College, which saw one lucky Beijing-based African entrepreneur win 30,000RMB for their business.
‘It feels so good to know that what was just an idea has not just come to life, but ended successfully,’ Baitie tells us. ‘We wanted to showcase the vibrancy of the African community here in China to show what Africans here are doing, the value that they are creating not just for other Africans but also for the Chinese community, and so we created opportunities for people to engage.’
We spoke with the Kente & Silk team and some of their partners about their motives for the Africa Week initiative, and their own experiences here in China. [Keep reading here]