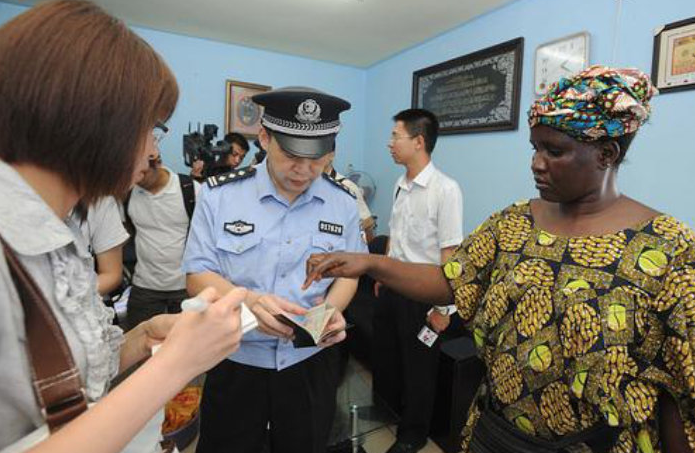 By Guangzhi Huang for Modern China

This article looks at the role of Guangzhou’s Public Security Bureau in constructing Africans in the city as “triple illegal,” or sanfei 三非. The term refers to those who enter, stay, and work in China illegally. While many scholars have written about the racial profiling of Africans by the Chinese police, little is known about how police officers on the ground enforce the law and why they act the way they do. Failure to tackle these questions, combined with a more or less exclusive focus on Africans’ strategies of survival, not only undermines the effectiveness of criticizing the emerging institutional racism in China but also risks reinforcing the negative image of Africans as lawbreakers. This article attempts to fill this gap by approaching the topic from the perspective of police officers. It argues that the way the police system is set up makes Africans vulnerable targets of police officers, who are under great pressure to improve performance statistics and are motivated by monetary incentives.

0 comments on “Policing Blacks in Guangzhou: How Public Security Constructs Africans as Sanfei”