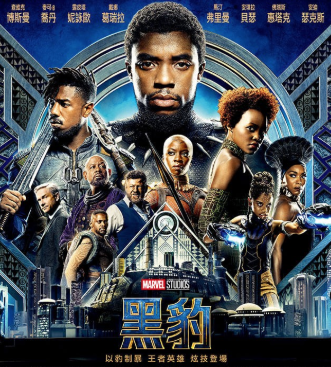 Podcast from The China Africa Project.

The Marvel superhero blockbuster Black Panther generated a respectable $100 million at the Chinese box office in March, making it the film’s top overseas market. The movie had a very strong opening in China, earning more than $60 million during its first but then dropped off quickly.

The seemingly sharp fall in attendance prompted Western media outlets to write a series of articles that suggested Chinese moviegoers objected to Black Panther because of its all-black leading cast. “A torture for the eyes: Chinese moviegoers think Black Panther is just too black,” read Quartz reporter Echo Huang’s dismally-sourced story where she relied on online movie review sites, often filled with troll-like comments, as evidence of Chinese racism towards black people. Not surprisingly, Huang’s article went viral and sparked a lively discussion on social media about the supposedly pervasive racism in China towards black people.

“Cherry-picking negative posts on an anonymous reviews site isn’t a particularly fair way to assess Chinese attitudes toward black people (and one is likely to find plenty of racist comments on English language online chats too).” — Writer and commentator Jeff Yang

That Quartz story and others that linked Black Panther’s box office performance to Chinese racial attitudes toward black people was quickly challenged by other media outlets, social media influencers and scholars who all highlighted that Chinese reaction to the film was not as racially-tinged as had been suggested.

Roberto Castillo couldn’t agree more with Yang. Castillo, an assistant professor at Ling Nan University in Hong Kong, is one of the leading scholars on the African diaspora in China with a particular focus on African and black media perceptions in the PRC. He joins Eric & Cobus to discuss the Chinese response to Black Panther and why the Western media continues to misunderstand Chinese racial views towards black people.